The guilds of Chur

After the devastating fire of 27.4.1464, the citizens of Chur received from Emperor Frederick III, in addition to the confirmation of the burnt privileges, the new right to introduce guilds. The new city constitution that became possible with this was essentially based on the following five guilds:

Only town citizens could become guild members, non-citizens, serfs and illegitimate births were excluded (as well as all women). Guild rules regulated organization and activities down to the smallest detail. There were rules about working hours, number of apprentices and journeymen per business, admission of new masters and quality of goods. But also agriculture, which played an important role in Chur until well into modern times, was covered by the guild regulations.

For example, the guilds had to provide the various herdsmen for the cattle kept in the town. Due to the new guild constitution, political power passed from the bishop to the craft associations; a political career in Chur was only possible as a guild member. Therefore, nobles and patricians also let themselves be admitted to a guild, predominantly as landowners to the Rebleute guild.[17]

Representatives of the Köhl family were active in various trades from their arrival until the 19th century: as shoemakers, cloth merchants, tanners, carpenters, blacksmiths and grain merchants. And they were thus also members of various guilds in Chur, often as guild or head guild masters. From 1650 onwards, various members of the Köhl family played a significant role in shaping the history of the guilds. 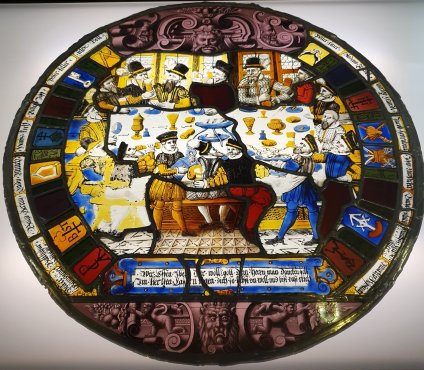