The engineer and naturalist Johann Coaz played an important role for Graubünden and for Switzerland in the 19th century.

Coaz was born in Antwerp in 1822. His mother Salome von Köhl de Rogister came from the noble branch of the Chur burgher family, his father was a professional officer, colonel war commissary and lieutenant colonel, formerly captain in the Swiss regiment No. 31 in Royal Dutch service (regiment Colonel Jacob von Sprecher).

He spent his youthful years in Chur. After studying forestry, he worked as a mountain topographer, laying the foundations for several sheets of the Dufour map. In the process, Coaz made many first ascents of Grisons mountains, including the Piz Bernina. During the Sonderbund War in 1847, he was private secretary to General Henri Dufour.

Johann Coaz married Pauline Lütscher in 1852 and had six children with her. The honeymoon of Johann and his young wife Pauline lasted almost a month. He had an ambitious itinerary to show her the most important cities in Germany, Austria and Italy. The eight pages in the diary that he dedicated to this journey did not contain romantic experiences of the newly married couple, but sober descriptions of the landscapes, sights or the fellow travelers in the carriage. The densely packed program of the honeymoon must have been very exhausting for Pauline, because several times he wrote about her tiredness, indisposition or exhaustion.

As cantonal forest inspector and later as federal chief forest inspector, Coaz reorganized forestry and created legal regulations for sustainable forest management. He also planned the first avalanche barriers, established herbaria and planted exotic trees. Johann Coaz was committed to nature conservation and to the Swiss National Park. Coaz was a member of many professional associations and authored numerous publications. Coaz joined the Swiss Alpine Club SAC and was president of the Rätia section, founded in 1864, for ten years.

He only retired at the age of 92. He spent the last years of his life in Chur. In 2022, the Rhaetian Museum dedicated a special exhibition to him that is well worth seeing. The extensive N8 estate can also be viewed in the state archives. 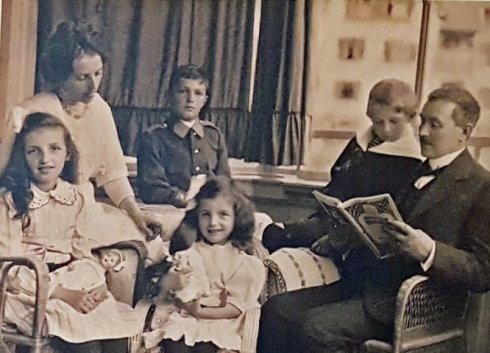 The Coaz family in their villa Lütscher-Coaz on Massanserstrasse in Chur. Photograph around 1860 (StAGR N8. 5 Part 1) 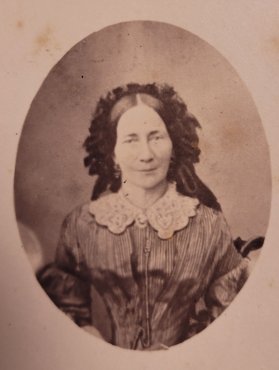