Towards the end of the 16th century, the systematic persecution of witches, which had developed from the persecution of heretics, began, especially in the southern valleys of the Grisons. At first, the Reformed Chur distanced itself from this agitation. From 1650 on, however, the first witch trials took place in Chur.

The executioner, who had to execute the accused, was based in Chur. From there he served the various district courts with his servants. For his ordeals and executions he received fixed, quite respectable fees.

In June 1653, Ursula Dusch, sister of Jöri Dusch, was interrogated in Chur about her behavior in church on Pentecost. She had claimed to have been poisoned by the beggar Gretha and that she possessed supernatural abilities. Various witnesses were questioned, including Verena Köl, a daughter of Joseph Köl and the niece of Peter Köl. The beggar Gretha was then acquitted [18].

These witch fires did not die out in Graubünden until the second decade of the 18th century, only very occasionally did the executioner still light a woodpile. The last witch trial in Graubünden seems to have been that of 1779/80 in Oberhalbstein[19]. 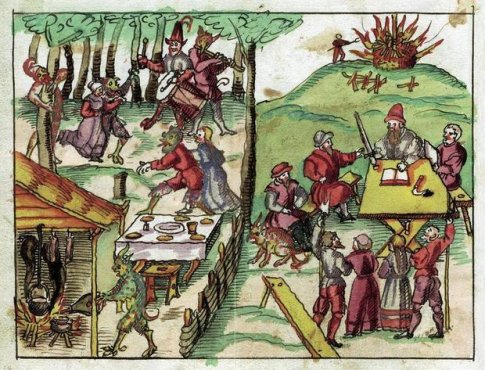